Home VODX Side Marketing: Blockchain Companies And Enterprises Are Using One Business To Grow Two 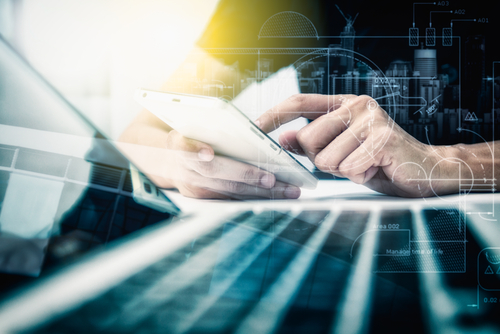 Side Marketing: Blockchain Companies And Enterprises Are Using One Business To Grow Two

Side Marketing: Blockchain Companies And Enterprises Are Using One Business To Grow Two

Brian Halligan and Dharmesh Shah were studying at the Massachusetts Institute of Technology (MIT) and decided to enter a business contest, a moment that would soon forever change their lives. The two ended up becoming the semi-finalists in the competition—after graduating, the pair then went on to found Hubspot in 2006.

Fast forward a year, Shah was looking for an innovative way to increase sales for his inbound marketing software Hubspot. In 2007, Shah decided to launch a free tool called Website Grader and wanted to test whether or not Website Grader could bring in more leads for Hubspot? It turns out that Shah was right.

Website Grader has graded more than 4 million websites—which has generated more leads than Salesforce. Shah’s marketing experiment back in 2007 has now become known as the term, “side marketing.” Since then, there have been plenty of other companies who have used side marketing to grow their business.

Today, side marketing is now being used in the blockchain industry, from traditional enterprises, cryptocurrencies to blockchain companies who are looking to expand their service offerings. Here’s a fresh look at some creative ways that businesses are expanding.

Automobile insurance has traditionally been a cumbersome and unreliable experience because of the time that’s involved to assess car accidents. Nationwide introduced a new pilot program called Riskblock, which speeds up insurance assessments via QR codes, smartphones and blockchain technology. As a consequence, Riskblock helped Nationwide grow and expand their service offerings.

Simon Hovell, the CMO from Australian Seniors sheds some light on how traditional insurance companies view blockchain technology. “As a leader in the direct insurance space, we are always looking at simple yet seamless solutions for our customers when purchasing their insurance online. This type of technology is one of the most exciting this decade and could be a game changer for our senior customers—who are fast adopters of new technology.”

Did you know that every time you check the box next to the words “I’m not a robot,” you help improve one of Google’s datasets? Google’s reCAPTCHAasks users to decode a funny-looking word or two or identify cars, bridges, and crosswalks to prevent bots on websites. Information that users click on is then used to help improve “Google Books” or Google’s “self-driving car project.”

Here’s what Eli-Shaoul Khedouri, the CEO of hCaptcha had to say, “By releasing our work under an open-source license for the HUMAN Protocol, this has directed considerable interest towards hCaptcha. Similarly, the attention for hCaptcha has driven more awareness to the HUMAN Protocol—facilitating more partnerships, developer interest and enterprise adoption as we continue to expand.”

Other examples of blockchain side marketing

Gnosis, a protocol built on ethereum has several projects, geared to boost the awareness and engagement amongst Gnosis users. As an example, the Gnosis Safe project aims to provide safe and easy cryptocurrency trading and the company has recently expanded, by offering a variety of prediction market services through the Gnosis Olympia platform.

In a similar way, Steem is using side marketing to grow through their flagship social media platform Steemit—through various subsidiaries and side marketing projects such as Busy, DTube, and Utopian. Inevitably, this strategy will help Steem to further proliferate by leveraging marketing efforts that cross-promote other areas of Steem’s business.

Even though side marketing has been used by startups for a while, it wasn’t until recently that this trend had begun to emerge in the blockchain space. More companies will continue to adopt side marketing strategies, likely seeing three major trends emanate: