Home Entertainment Dennis Miller on 2020: ‘Why not Pelosi? What does it say about the Dems that they haven’t foisted her up?’

Dennis Miller obviously missed the memo that went out telling comedians to lecture audiences, hate on President Trump and stop being funny. Fox News caught up with the irreverant and erudite funnyman to get his thoughts on everything from his dream 2020 Democratic ticket to why late-night comedians will help Trump stick around the White House for another six years.

On who he would prefer the Democrats put up against President Trump in 2020:

“I think the Democratic candidate should be Michael Avenatti. Unless it’s Pelosi. Put Pelosi in the one slot and Avenatti in the two-hole and I think that’s your dream ticket. They currently represent the Democratic Party. I would do that right now. Pelosi seems to have a way of rising back up to the top. My wife pointed out to me that Pelosi has staying power. Maybe it’s time to reward her with the big job. I think the Dems would very happily go into 2020 with Pelosi as the presidential nominee and Avenatti in the two slot. It would be fitting. It’s the year of the woman. Why not Pelosi? What does it say about the Dems that they haven’t foisted her up?

“What I just did was sarcasm. What he did was try to be conciliatory. You realize every morning, he wakes up and they say he’s insane. They say he is a bad man. Even if he gets up the next day and goes way out of his way to say congrats to Nancy Pelosi… that will tell you how far gone it is, that some people are going to walk away from that statement and say, ‘That’s very hateful of him.”

On whether or not President Trump is good for comedians:

I think comedians have just had to take sides and I understand for some of them it’s tactical. For some of them, it’s been career changing, quite frankly. I don’t think it really impinges on comedy because, I’d say 99 percent of the comedians [oppose Trump]… So has Trump been good for comedians? Yeah, I guess, but it’s sort of preachy comedy. It’s not the sort of comedy that gets a big belly laugh as much as it gets a wizened nod. If the joke is, quote unquote hilarious it’ll receive applause. It’s been good for comedians tactically, career-wise, but do they sometimes miss the funny on the road to decrying Trump? Yeah, I think so.”

On whether or not “Saturday Night Live” comedian Pete Davidson crossed the line by mocking Dan Crenshaw, a now-elected Republican congressman, who lost an eye while serving in the U.S. military:

“Oh, I don’t know. Dan Crenshaw seems to have taken care of that. Pete Davidson can do what he wants, and the other cat can do what he wants… he got elected. Crenshaw acting like a mensch was probably, well, I wouldn’t even say a smart move because it wasn’t a move. I think it’s because he’s a mensch. One of those two is menschy, I’ll let you figure out who I think it is.”

On why late-night comedians will help Trump win re-election:

“You cannot just roll up a newspaper and smack somebody on the snout non-stop and tell them how bad they are, how racist they are. You just can’t do it. It’s not paying big dividends and I think they’re going to misinterpreted [Democrats taking control of the House], which is more about historical structure. I think they’re going to go full-speed ahead and take that center of the map, and on the margin of the old map makers who would point to an unknown place and say, ‘There will be dragons,’ I think they’re going to point to Middle America and say, ‘There will be dragons.’ Somebody ought to get out there and cruise around a little to see that everybody out there is not stupid. We’re not all racists. We’re not all idiots. We’re just people.”

“It seems like a good, hooky title right now, at this time in history, if not this time in the calendar year. It does have some jokes about media, social media and politics but it is probably 60/40 flat-out funny stuff. I put the title in there to insinuate that there would be some topical content, but also the main directive for the special is, as is the age-old task of a comedian, to get some laughs.”

“Dennis Miller: Fake News – Real Jokes” launched Nov. 6 through the Comedy Dynamics Network. It can be found on Amazon, iTunes, Steam, Google Play as well as all other major platforms. Miller also hosts a twice-weekly podcast, “The Dennis Miller Option,” which is available on both Podcastone.com and iTunes. 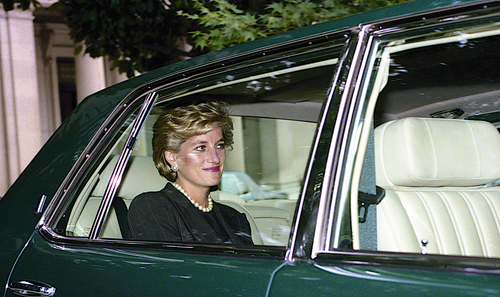